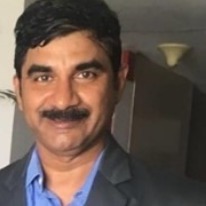 An alumnus from IIT Madras and IIM Bangalore, Srinivas has over 30 years industry experience of which 12 years is in leading IT Solutions in Indian Private & BSE listed organisations. He has taken an active role in promoting Blockchain across Government of India as the one of the first employees to lead Blockchain at NISG an organisation promoted by NASSCOM and Government of India.  As the Program Director of the first University certified Post Graduate course in Blockchain in India Srinivas mentored over 500 students across globe. He has authored over 10 books on Blockchain and emerging technologies including the World’s first book to be translated into a Chinese language from English, by Artificial Intelligence bots, Blockchain- The

Successful students will be offered a certificate of 'Certified Blockchain Solutions Consultant' which certifies the proficiency of the student to understand, architect, launch Blockchain applications for any use case that is relevant for the organisation, they are working in or working for.

What You will Learn

After completing this Training, you should be able to: