Create a blog post subtitle that summarizes your post in a few short, punchy sentences and entices your audience to continue reading.

"In God we trust; all others bring data"― W. Edwards Deming

A quote known many in the corporate world has never been more relevant even after decades of technological developments.

Estonia, a land of 1.3 million people, one of the smallest in the world, is well known as the birth place to Skype. It is one of the most digitally advanced countries in the world, being a part of the D5 Nations, UK, South Korea, Israel, New Zealand, Estonia is truly one of the wonders of the modern era. Its Digital Citizen Identity card is known to be the most advanced in the world. It is ranked world’s top most in Digital awareness and Health records of its 100% of population are secured by the Blockchain Technology by Guardtime. Estonia is also ranked top most on the Internet freedom index and is one of the biggest exponents of 'Internet of Things', technology. While most of the people are still to hear of the coming explosion of IOT devices and Edge computing, Estonia is researching about ‘Mist’ Computing which is two steps ahead of Edge computing and the next step to Fog computing that is supposed to empower IOT devices in the fight against the Malware attacks, in conjunction with the security offered by Blockchain technology.

The world is still reeling under the DDOS attack of October 2016, when a mere 1 lakh IOT endpoints compromised by a botnet brought down many of the world’s top internet portals, through a flood of maliciously directed traffic. How can we avoid such attacks, when the world is already flooded with over 20 billion internet connected devices as per an IHS survey?

In many ways, Estonia, with highest penetration of IOT devices, has secured itself against any such attacks in the future by leveraging the IOT and also securing its devices by empowering technologies like Edge computing, Fog computing and Blockchain technologies. Is it the way forward for the rest of the world?

While we are living in most exciting times, we are also living in some of the most dangerous times. World Economic Forum’s Global Risks Report 2018 cited Cyber attacks and data fraud as the two of the top five threats to global stability in the coming years. We have already seen these in action in the recent past with such audacious assaults involving almost all global leading companies including Google, Yahoo, Facebook and many more Transnational Banks, which are supposed to be on top of Internet security and safe guard their users’ interests.

Thank fully, companies like Microsoft, IBM, Google, Cisco and Intel are working in tandem to empower us with all the technologies and learning needed to manage the burgeoning risks. The centralised organizations which are in one way responsible for the loss of our privacy, are also now coming together to make this world, a safer and secure place.

Join me to recount the enthralling journey from ‘Data’ for Quality paradigm , to ‘Data’ for control and the shifting of the power back into the hands of the ‘Intelligent’ end points that we all are!

Fintech for Leadership in Digital World

Waves of change are sweeping across the financial world. The market cap of the single biggest financial product in the world at 155 Billion US Dollar is a technology application. All of us know that bitcoin is a cryptocurrency minted purely on the web and circulated in the form of a ledger of transactional history. This technology marvel today, is itself worth more than 5 times the entire Fintech industry India projected for 2020!

A number of advanced technologies are working and expanding in tandem with data analytics and advanced intelligence powering every decision leading by enterprises and countries. Some of the biggest financial services we know today are:

These processes involve a lot of paper work, manual labour across a number of layers of transactional enablers and account keepers.

What if I tell you that most of the work done today is going to be delegated to machines, robots, chat bots and automation platforms facilitated by new technologies like IOT, AI/ML & Blockchain?!

The new technologies revolutionised by mobile penetration, ubiquitous and high speed connectivity to every citizen across the world are giving rise to a number of new paradigms of conducting monetary transactions.

Technology companies and platforms like E-commerce platforms, Telecom companies, and Payment gateways have now become the biggest financial organisations. Many of them have acquired licence to banks even leading to the advent of TechFin corporations.

Financial organisations have no other go but to adapt best technology practices across every sphere of their working if they don’t want to be extinct, if not fall prey to powerful cyber criminals undertaking brutal malware attacks to exploit slightest of the vulnerabilities.

Mobile enabled payment mechanisms are facilitating the consumers to conduct payments for services and transfers directly from their mobile phones with one click.

Essentially the entire middle layer infrastructure is created to enable mutually trusted parties to undertake business with each other.

Over the years this has led to the strong behemoths and payment protocols, applications like, mechanisms like SWIFT, PayPal, VISA, Master card and many more. All these add a significant cost and many days of delay into the system.

All these new developments also bring to the fore the importance of cyber security as the number of outposts increase the area of operation & multiply the vulnerability spots & expand the attack vectors that act as a playground for the cyber criminals and malware attackers. An analysis of the various types of cyber attacks on Banking systems can be seen at https://www.oliverwyman.com/our-expertise/insights/2018/mar/large-scale-cyber-attacks-on-the-financial-system.html.

Most of the organisations today operate in a centralized manner and they are now proving to be meaty targets for cyber criminals. Almost every leading organisation including the global leaders in every domain have been known to be compromised in terms of their cyber security leading to data breaches and ransomware attacks losing humongous money to attackers. This is where distributed ledger technologies that eliminate Single points of failure and offer a single source of shared truth that is cryptographically protected and is tamper resistant has proved to be a boon for the world for secured digitization and automation.

Blockchain launched in the form of bitcoin, a cryptocurrency on 3rd January 2009 solved many problems associated with the creation, secure transfer and management of value units on the internet. These enabled peers across the world to transact with each other in a trustworthy manner Though Bitcoin is not recognised as a legitimate unit of value due to its resistance to regulation, the underlying technology known as Blockchain has found many applications that enables secure transaction facilitated by automation.

Enterprises and Nations are now using the concept of Permissioned Blockchains that need not involve any cryptocurrency unit but utilises most of the concepts of the Blockchain like disintermediation, smart contracts, and immutable ledger of tokenised assets.

Blockchain for enterprise is described as a Peer to peer distributed ledger technology powered by a new generation of applications known as Smart contracts that facilitate transparency, security and confidentiality while streamlining the processes both internally and between enterprises. 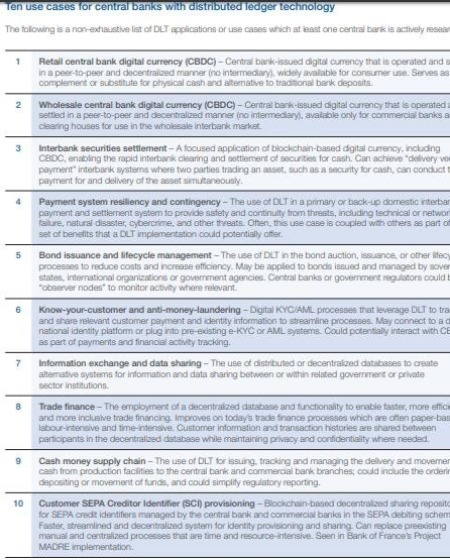 Apart from this the usage of Chatbots for servicing customers across the world round the clock in their native languages and answering different questions intelligently without a frown has resulted in a significant threat to the global BPO industry disrupting a lot of jobs as well in the process, but improving the productivity manifold.

Robotic Process Automation powered by AI & ML is enabling large organisations to automate most of the manual labour involved in the invoicing, accounting and auditing backends. Fraud detection and prevention, accurate customer targeting to increase productivity of marketing investments are the benefits of the usage of these new technologies.

While they have their negative side effects, the transformation has definitely come as a boon as it boosts the customer experience across many counts and reduces costs as well.

The verifiability of the accounts on a Blockchain, ensures that the auditing function is lesser and lesser required as the enterprises across the world move to anchor the fingerprint of their accounts on Blockchain systems offering tamper evidence and verifiability.

In future managers are going to manage not men but machines and machines also may be managing you. The productivity of this new generation is far more than that of our generation due to tools available. They need to continuously reskill, cooperate and collaborate with others to keep running and not miss the bus of technology disruption.

In such a scenario how do you survive and thrive?

It is important to be technologically literate and understand the various ways in which you can leverage technology in our daily lives.

Be continuously learning and leveraging the numerous learning resources available across various media channels like Youtube. Youtube is a virtual university and a great asset, which your earlier generations never had.

Welcome and adopt new trends and technologies and keep abreast of them. Learn to think about all applications & imagine a ‘Decentralised’ version of all centralised applications today and see how you can participate in the disruption process.

You can refer to my books like ‘Blockchain the Untold Story –Second edition’ and ‘AI &ML- Powered Agents of Automation ‘ to get a hang of the sweeping waves of change due to automation, we are faced today.

Be the change you want to see in the world- as advised by our beloved Father of the nation, Mahatma Gandhi. These words were never more relevant than today and becoming increasingly so, into the future.

Use images, audio files like podcasts, videos and much more to increase retention. Add links to other content in the site. The longer a person stays on your blog, the better the engagement and that ensures better SEO ratings which then translates to more traffic to your site.

More the merrier. This section could be used to mention a key piece of content that allows you to create engagement and draw attention to your content. Stuff like quotes, figures, facts etc.

Dividing your content into multiple sections with multiple headings allow you to breakdown the content into smaller blocks this increases engagement, makes it more appealing to read and gets you places where you can add more videos, images and stuff like that.